This search form uses an instant search feature. As you type, search results will appear automatically below the search field. When you've entered you desired search terms use tab to navigate through the available results and hit enter to open the selected page or document.

This is the highest level critique give by CSPA.

This means those two photos are two of the ten best photos in the country, and Ariadna's design is one of the best ten in the country!

We are so proud of these young journalists and the work they did under yearbook adviser, Mr. Andrew Young!

To see a complete list of finalists, visit the link below.

For the first time in publication history, The Round-Up has been named a Crown Finalist by the Columbia Scholastic Press Association (CSPA). The Round-Up is one of only 12 middle schools or junior high schools in the country recognized by CSPA for this achievement. 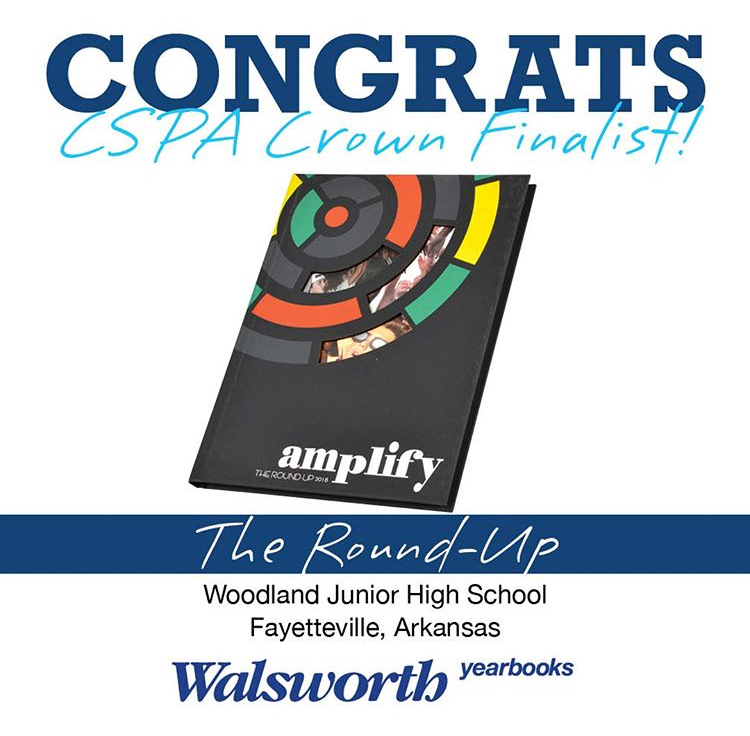